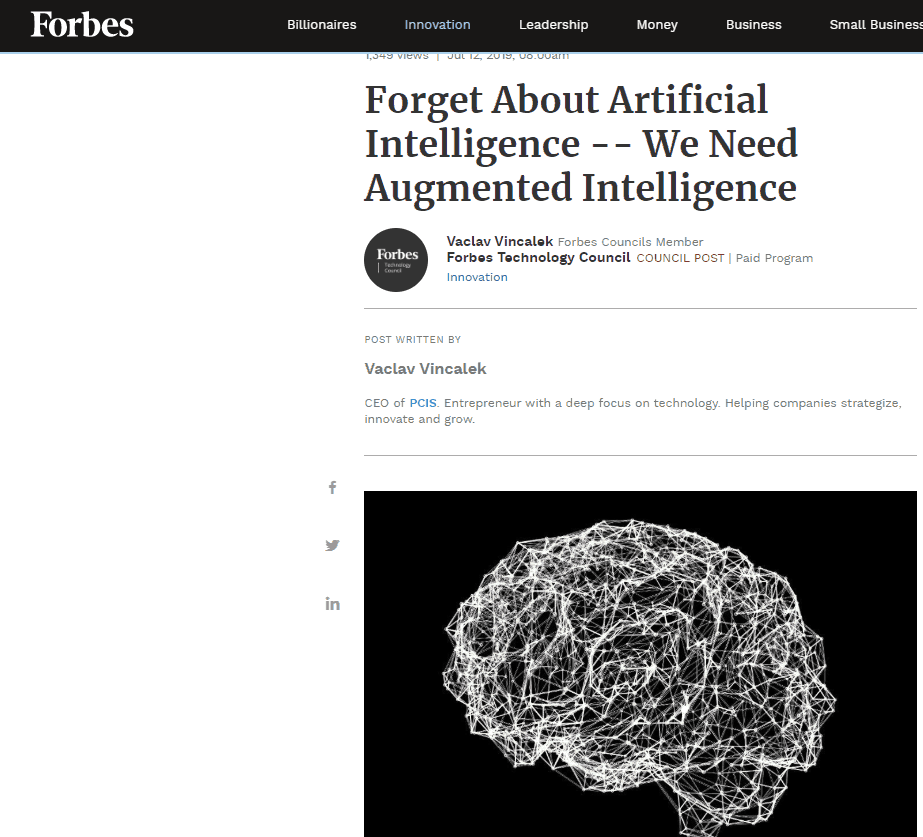 In the Press
No Comments

Like many technology entrepreneurs, I’m well aware of the buzz around Artificial Intelligence (AI). There’s a lot of investment going into any company that can boast an AI-powered app.

But there’s a big problem with letting the computers do all the thinking for us. There are some very important kinds of decisions that humans should still be making. From my commentary in Forbes, Forget About Artificial Intelligence — We Need Augmented Intelligence:

The same type of smart people who are trying to build AI for autonomous cars are trying to do the same thing for companies — and we’re getting the same results.

The AI Powered Equity ETF, powered by IBM’s Watson, failed miserably in 2018 compared to just investing in the S&P 500 Index. But that’s not the worst part: No human being at that investment firm was able to explain why the AI made the investment decisions that it made.

That brings us around to my original contention: Biased humans can’t create unbiased algorithms. We’re as likely to make things worse through unintended consequences as we are to make it better by removing one or more types of human bias.

Let’s stop trying to make machines that make decisions for us — or at least, let’s put that aside for the moment. Let’s keep building technology that helps humans to make better decisions supported by access to better information.

What do you think about the future of AI (or, as I would prefer, augmented intelligence)? Leave a comment and let me know!

Vaclav Vincalek is the Founder & CEO of PCIS.